“Of all the countless violinists I’ve played with over the years, Xani stands out as one of the greatest. 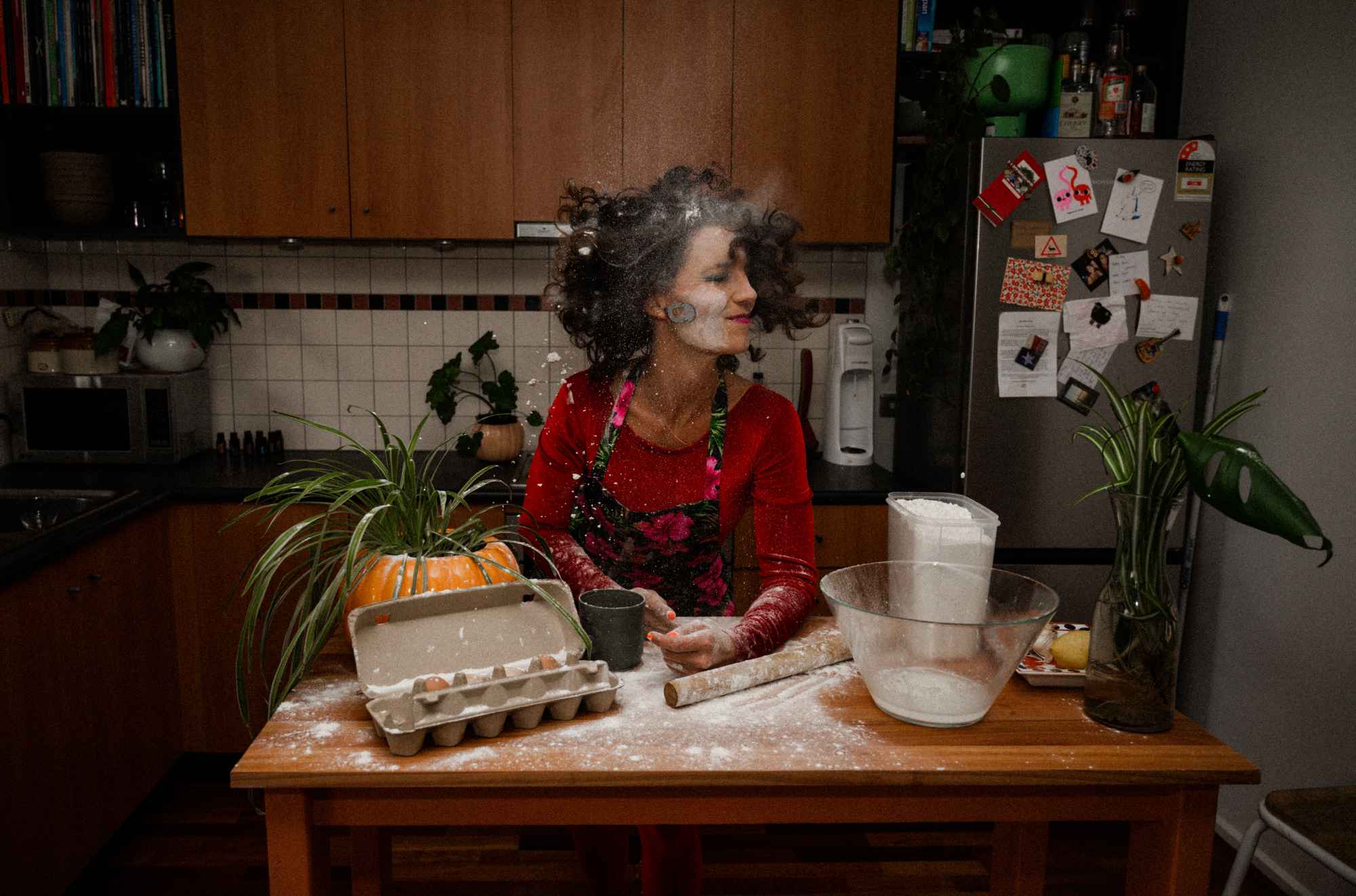 Fuelled by a fiercely uncommon authenticity and limitless vision for the magnitude of her craft, violinist and collaborator, XANI (Xani Kolac) is amongst the most celebrated musicians of her generation.

An AU Review Best Live Instrumentalist award nominee and ten-year stalwart of the Australian indie scene as a member of The Twoks, Xani has since joined forces with Tim Rogers, Jens Lekman, Kate Ceberano, My Friend The Chocolate Cake and Clare Bowditch, appearing live at Arts Centre Melbourne’s Hamer Hall and Edinburgh Fringe Festival, and on ABC’s RocKwiz. Xani’s unbridled joy and onstage energy has cemented her spot as sought-after feature performer for theatre shows including the multi-award-winning Come From Away (2019-20) and festival projects with Melbourne Theatre Company and Malthouse Theatre (Melbourne).

It’s for good reason too: this spellbinding brand of music-making is boldly, brilliantly, her own. Mesmerising adventures into the spaces between pop, jazz, electronic and chamber music repertoire are coloured by contrasts between the ferocity of her instrumental output and the unassuming warmth of her voice. Drawing parallels with the ethereal, multi-skilled likes of Camille, Björk and Australian legend of song-and-stage, Tim Minchin, pedals, effects and completely improvised live sets are all home turf for Kolac, a true musician of the rarest skill.

“Will she be dancing wildly today, or riffing on the loops her fans have sent in for an improv jazz session? Playing violin or singing? She’s been a pandemic panacea for me.”

The corner of the music world that Xani has come to occupy has neither walls nor ceilings. All-at-once unique in artistic quality and fearless in her defiance of genre-based boundaries, “I’ve never strived for anything but freedom,” she says, “using what I’ve learned in one world to create a bridge to the next.”

Rising from the COVID-driven assault on Australia’s music scene to embrace live streaming, self-production and co-writing with her audience, new album, From the Bottom of the Well is XANI’s brave, intimate, and cutting exploration of personal growth, revelations and sadness from the rock-bottom of 2020.

“It’s rare to hear a musician who plays as gloriously and with as much passion as Xani. We’ve been waiting for this album for years.”

In 2020, XANI was selected as one of 12 artists of Sound Australia’s “Close Up” program and in the same year took to collaborating with her online audience: each week, her themed, improvised Twitch performances – including a set inspired by the music of Kraftwerk, a disco-delicious jam complete with glittering sequins and projections, and a suite of hymns whose text was derived from her audience’s hopes and prayers for the world – lifted the spirits of those who joined her.

Together with her community of colleagues, Kolac wants nothing more than to create visceral, earth-borne sonic entities that move everyone in that damned venue to dance, laugh, cry “…and take up the violin.”She’s an artist of thrilling juxtapositions that come together in the most seamless and captivating of forms: XANI.